The  journey of wool for families

Let’s Explore Greece’s traditional cultural heritage, learn about the weaving and wool history and experience it yourself in a hands on interactive workshop! Take with you the unique piece of art you made and remember this experience for ever!

The name “Argalios” means loom, a wooden loom commonly used in the 19th century to weave items such as blankets, rugs.

A loom is a device used to weave cloth and tapestry. The basic purpose of any loom is to hold the warp threads under tension to facilitate the interweaving of the weft threads. The precise shape of the loom and its mechanics may vary, but the basic function is the same. Loom weaving is among the most sophisticated and time consuming jobs in the world.

The origin of weaving goes back to the dawn of civilization to at least 8000 years ago. Weaving began about 5000 BC with flax. Spinning was developed first with weaving later. Weaving was an important tradition for women in ancient Greece and it is still an alive tradition in many parts of Greece

Weaving with a loom is pure art.  Weaving is an extremely long repetitive process which requires a great deal of patience, and focused attention, it is creative, and it is very rewarding at the end when the creations are completed.

When you weave, you bring together different yarns and fabrics and unify them in a single, unique artifact. You can make clothes, accessories, and home decor in cotton fibers from plain to fancy and elaborate. The raw material used is pure Greek cotton and also silk – all are entirely natural products and come from Greece. 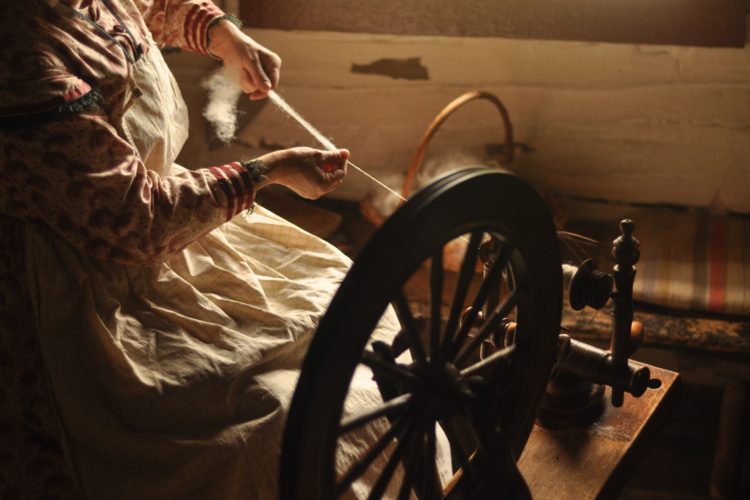 According to a Greek myth, a mortal young woman by the name of Arachne (spider in Greek), who was known for her art in weaving, challenged everyone, boasting that she could weave better than the goddess Athena. The goddess transformed herself into an old woman and invited her to a contest. The goddess Athena could not find any flaw in Arachne’s work and very angry but mainly blinded by her envy, turned the young woman int an insect, a spider (Arachne in Greek) and cursed her to remain always hanging while working on her web.

Ariadne, the wife of the god Dionysus, possessed the spun thread that led Theseus to the center of the labyrinth and safely out again. Helen is at her loom in the Iliad to illustrate her discipline, work ethic, and attention to detail. Homer dwells upon the supernatural quality of the weaving in the robes of goddesses where a composition of patterned stripes, figured bands, ornamented borders, and plain fabrics are seen.

This art is at risk of disappearing in the shadow of urbanization and importation of cheaper commodities. That’s a reason why all of us must value and support the loom weaving craft tradition. It serves as a connection between generations, where these women are in reality artists of the loom weaving, which step on an old tradition and come up with their own interpretation of the past.

Weaving is one of the oldest techniques. The primitive tribes knitted branches or reeds to make baskets, bridges or roofs. Later they started spinning plant fibers and weave them into textiles. Around 1500 BC in Crete they processed and wove also wool. 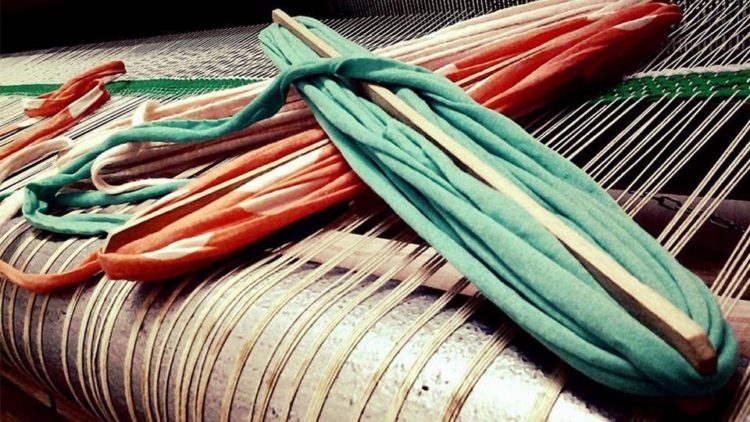 Book you own private workshop today for your family and experience the art of weaving in Athens!

The loom weaving tradition shows care for our environment and natural resources and maintains the integrity of our biodiversity and ecosystem.

For bookings please email us at: info@athensforkids.com